Smudging Technique to Clear Your Space 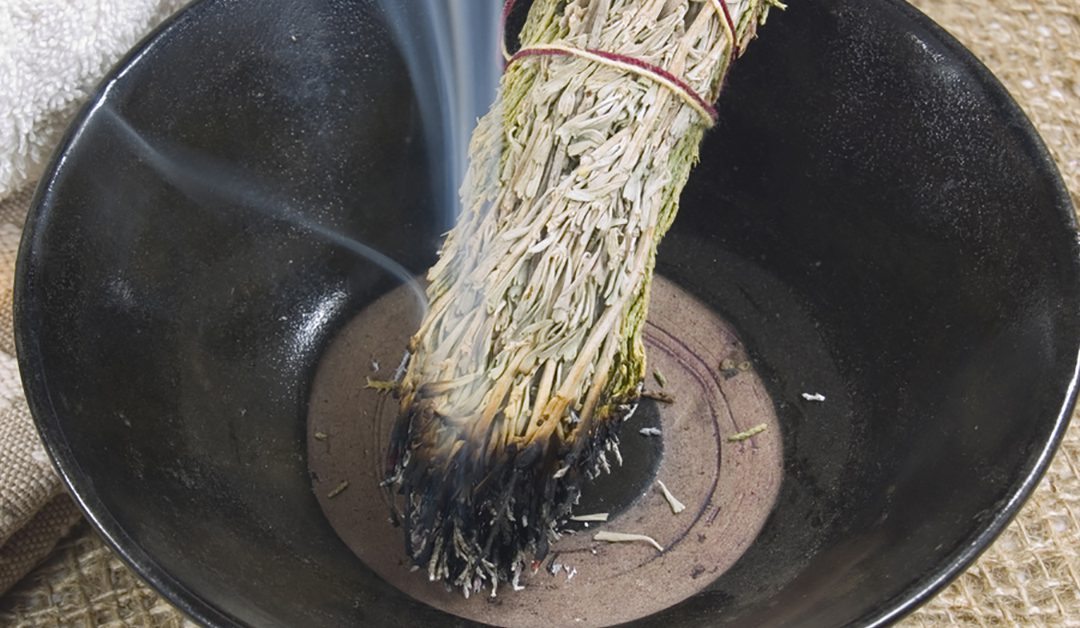 In some Native American traditions, Sage is considered among the most prized and sacred of herbs. Its cleansing and aromatic fragrance is familiar and instills peace and tranquility. Two kinds of Sage Smudge Sticks are widely known; the traditional Desert Sage Sticks and the highly sought after and popular seasonal Smudge Stick- White Sage. There are also several different varieties of smudge sticks which contain pine, juniper, lavender and sweetcense- try and see which one you like!

When a new object is acquired or created, oftentimes tradition dictates that the object be “smudged” which is a ceremonial wafting of burning sage toward the object to bless and purify it. Similarly, one may also have experienced events where, prior to the event, the space is cleared in the four directions – East, South, West, and North – with burning sage.

In your home, you can cleanse the space in a similar fashion. After having cleaned and sanitized your home on cleaning day, try these simple steps to leave your home feeling clean and fresh physically as well as spiritually:

Be sure to replace your smudging stick when it has been exhausted.

Here’s a little tip: when you are near the end of smudging stick, it can get very hot. You can place your shortened bundle in a seashell (traditional) or clay dish to prevent any burns.

Let us know if you smudge your space and if you have your own technique. We’d love to hear from you!