The Story of High John the Conqueror 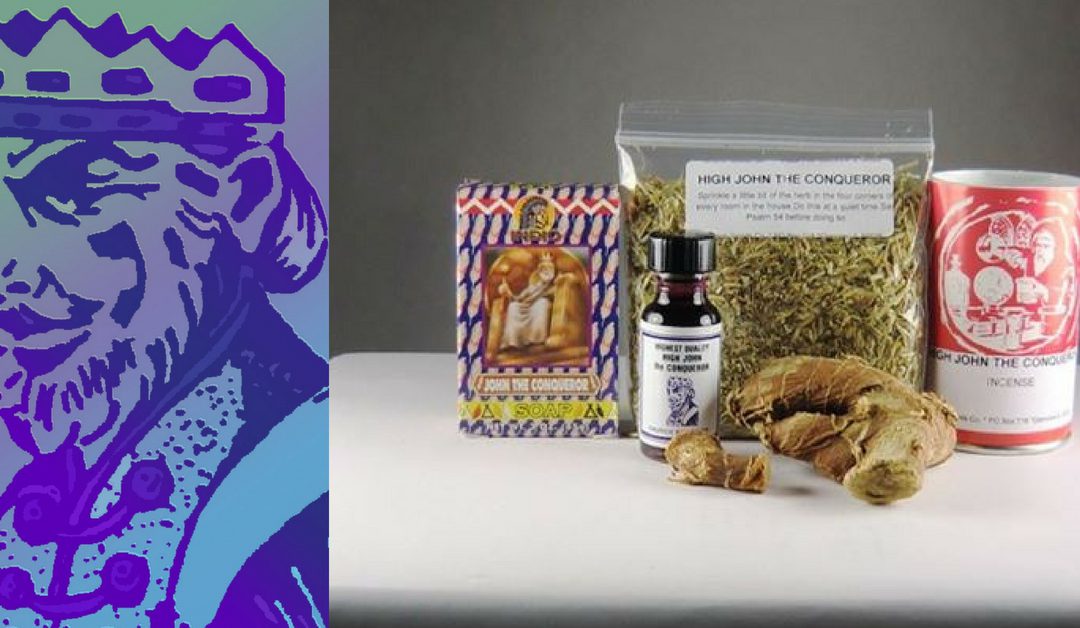 John the Conqueror was an African prince who was sold as a slave in the Americas. Despite his enslavement, his spirit was never broken and he survived because of the tricks he played to evade his masters. He was clever and often outsmarted the people who enslaved him, eventually he was able to escape for good.  John found freedom and fell in love with the Devil’s daughter Lilith. The devil did not like John so he sought out to destroy him. The devil ordered John to complete ridiculous tasks and challenges in order to win over his daughter. Lilith helped John by giving him magical tools to complete the challenges but she also warned John that her father the Devil would kill him, even if he completed all of the challenges.

Through love and bravery John and the Devil’s daughter, Lilith, were able to steal the Devil’s horse and escape far away where they could be at peace. They escape by shape shifting, so whenever the Devil came close to finding them, they would turn into fruits, plants, building, and animals to disguise themselves. Lilith was very magical since she was the Devil’s daughter but she used her powers in exchange for John’s promise to marry her. John the Conqueror moves back to Africa with his new wife and they renounce their powers in exchange for freedom and everlasting love. The powers of their love and magic were put into the form of a root. Whenever the powers should be needed you can summon them by picking up the root and evoking his name, High John the Conqueror!

John the Conquer always made bets but never lost. He often played dumb but was never outsmarted. Through the most difficult challenges he was able to Conquer with Power! Use the John the Conqueror Root for; Gambling, Power, and Love. This Root has been proved to bring Conquering Power to many who believe – carry it in a mojo bag, in your packet, and increase your odds at all games of chance, and enhance your own sexual powers! It is a truly powerful root!