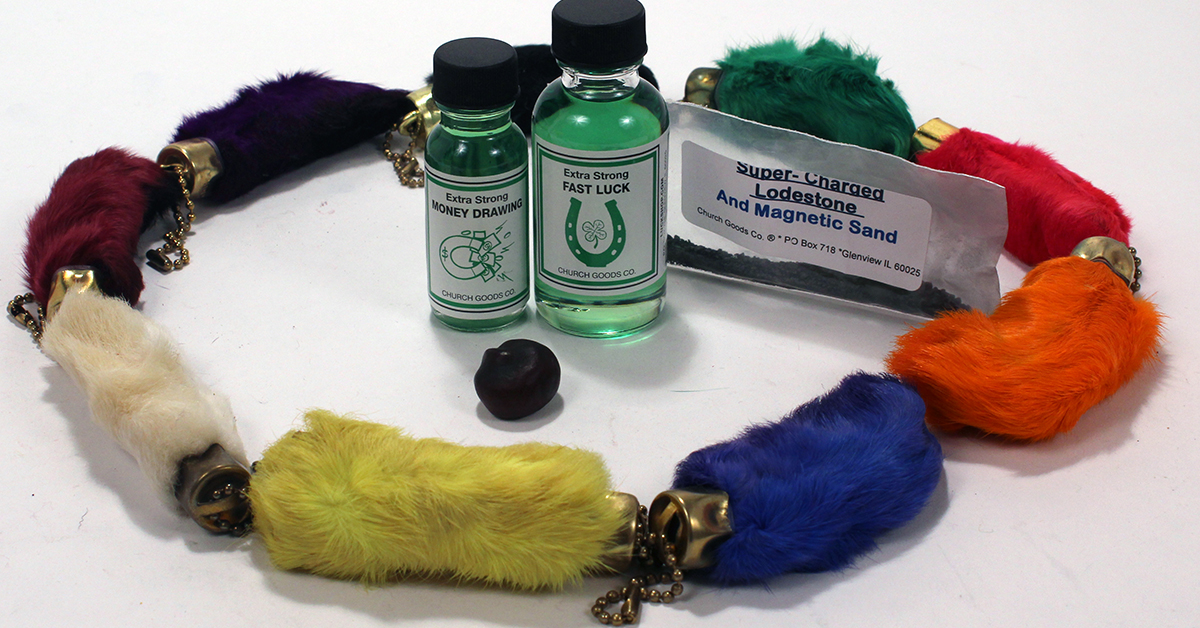 The legend of the Rabbit’s Foot goes back over 2600 years. In many countries and continents around the world it is carried as an amulet or charm believed to bring good luck to the wearer. Superstition abounds regarding:

The current popularity of the rabbit’s foot as a lucky charm, can be traced to the African practice of hoodoo in the South of the United States. Our sources say that the rabbit is a quick and clever creature in the African tradition of “B’rer Rabbit”. They are able to procreate in abundance, thus making themselves symbolics survivors who flourish in the animal kingdom. They thrive in huge numbers, and, therefore, they are difficult to exterminate. Hence, the rabbit is considered a “successful” animal species.

In addition to being “fast on its feet”, the rabbit pack ran in such large numbers it also was considered to be a symbol of Protection against all evil and nefarious forces – including voodoo, witchcraft and black magic. President Theodore Roosevelt was even known to carry a rabbit’s foot, according to his autobiography.

In hoodoo, magical lore, and blues folklore, the rabbit’s foot is considered to be a substitute for a witch’s body part. Witches could potentially shape-shift into such animals. This notion further fuels the legendary supernatural powers which are associated with the rabbit’s foot. In many instances, the wearer believes that, since the rabbit’s foot takes on the spirit of the “bogeyman, witch, or evil-doer”, that it is able to reverse or counteract any dangerous and harmful threats which are sent to the wearer.

So, as time has gone on, the power and legend of the Rabbit’s Foot has grown. In modern day mojo, hoodoo and superstitious circles, the Rabbit’s Foot comes in various colors and is used for a variety of “conditions” to bring about quick, effective results to the wearer. For instance:

These rabbits feet may be used by themselves or they oftentimes come with an oil which is used to anoint or dress the rabbit’s foot for extra power and strength.

People often choose to use rabbits’ feet in pairs to help achieve their goals, wants and needs. We have made up Special Rabbit’s Foot Kits for a variety of purposes.

So, whatever your position or station in life, who could not use a little “help”? We hope your luck and fortunes improve with the help of our heavenly Rabbit’s Feet.